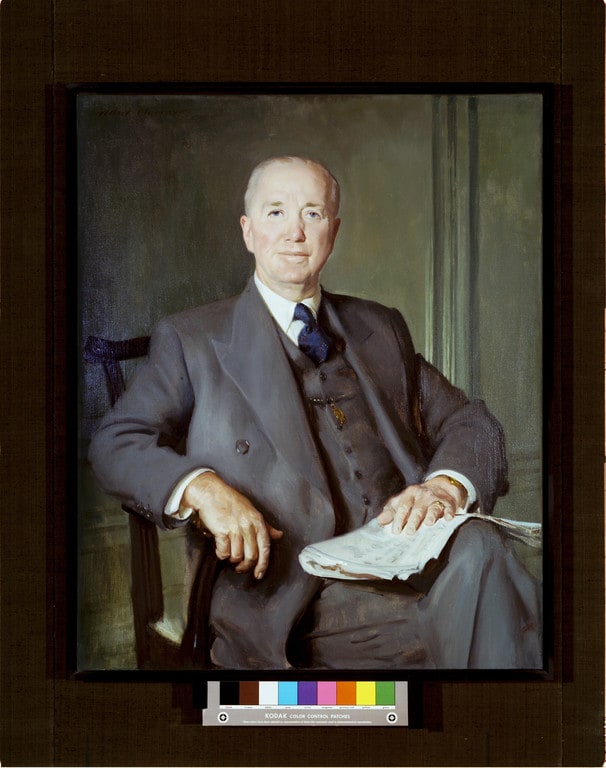 Charles Deere Wiman was the son of William and Anna Deere Wiman, the great-grandson of John Deere, and the nephew of his predecessor, William Butterworth.

Wiman began his career at John Deere in 1915 as a line employee, with a salary of fifteen cents an hour. As he advanced within the company, he gained the respect of shop employees, engineers and supervisors.

His career combined dedication to the company with loyalty to his country. Wiman took several leaves of absence from John Deere to serve in the military. In 1916, he trained as a civilian pilot, received his license and flew for three months before being injured in a fall.

After recovery, he returned to Deere & Company until the United States entered World War I. Wiman joined the U.S. Army and was commissioned as a second lieutenant. He was promoted several times, and reached the rank of captain before being decommissioned in 1919.

That year he was elected to Deere & Company's board of directors, and became vice-president in charge of factory operations in 1924. In 1928, with the retirement of William Butterworth, Wiman became president of Deere & Company at the age of 35.

A Yale graduate, Wiman placed an emphasis on expanded research and new product development, even during economic downturns. In 1934, in the heart of the Depression, John Deere introduced the famous Model "A" tractor. The Model "B" followed it the next year. Both tractors were highly successful and remained in production until 1952.

World War II brought Wiman's re-entry into the military. In 1942, he was commissioned as a colonel in the U.S. Army and attached to the staff of General Levin H. Campbell, Chief of Ordnance.

In 1944, Wiman was appointed director of the Farm Machinery and Equipment Division of the War Production Board. To carry out his duties, the Army placed him on inactive status. He rejoined Deere & Company in mid-1944 and remained at its helm until his death in 1955.